Another older piece from 2004 (Spoiler: Most of the old art I’ll be reposting was probably from 2004… I was on a big creative X-Files kick that entire year… also unemployed for most of it and watched X-Files on TNT for like 5 hours a night).  This drawing doesn’t have any particular episode affiliation, but I wanted to draw something that took place before Sam’s abduction with the two of them just being bratty little kids who didn’t yet have the weight of the world on their shoulders. 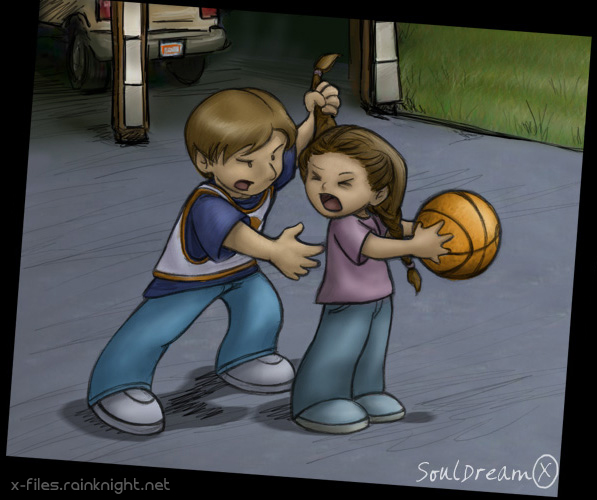