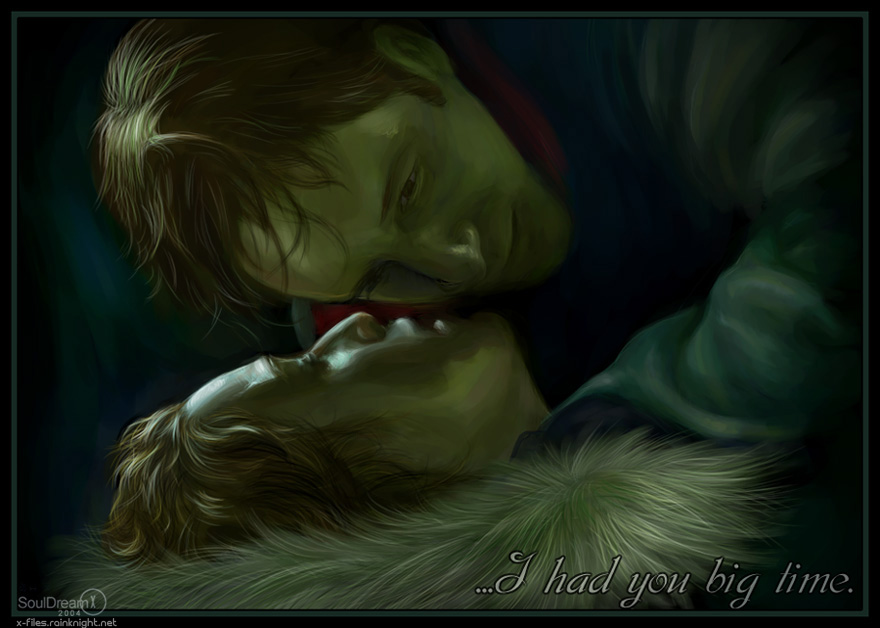 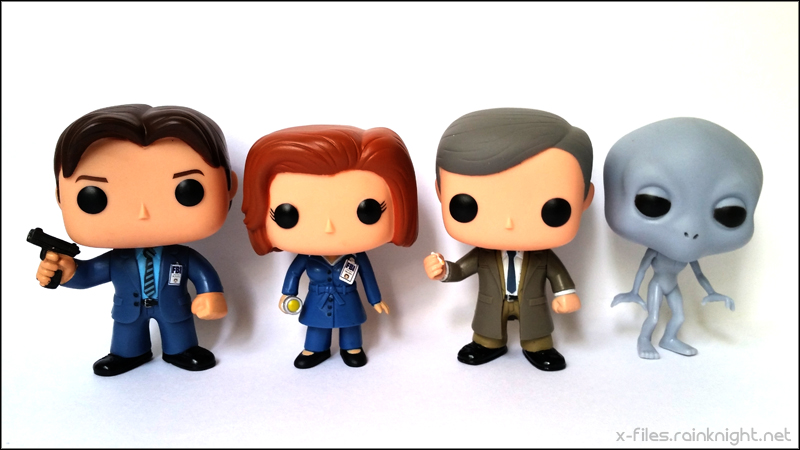 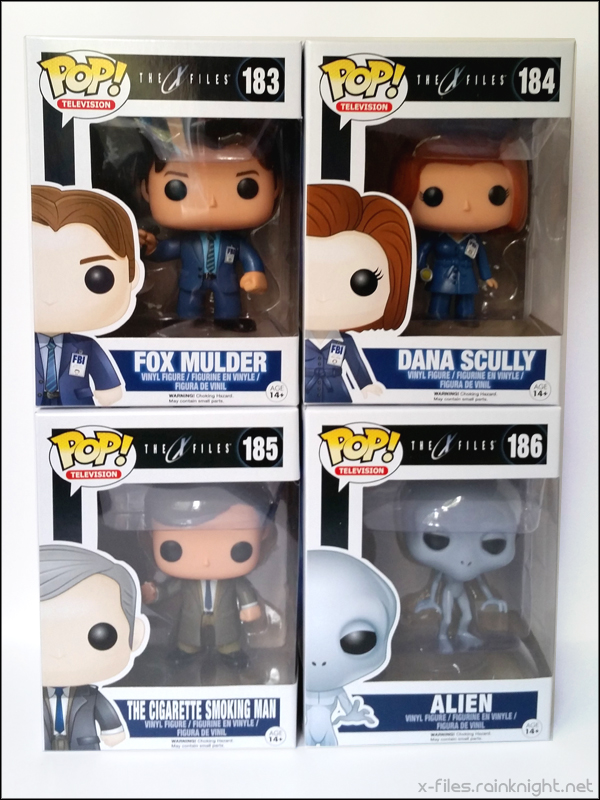 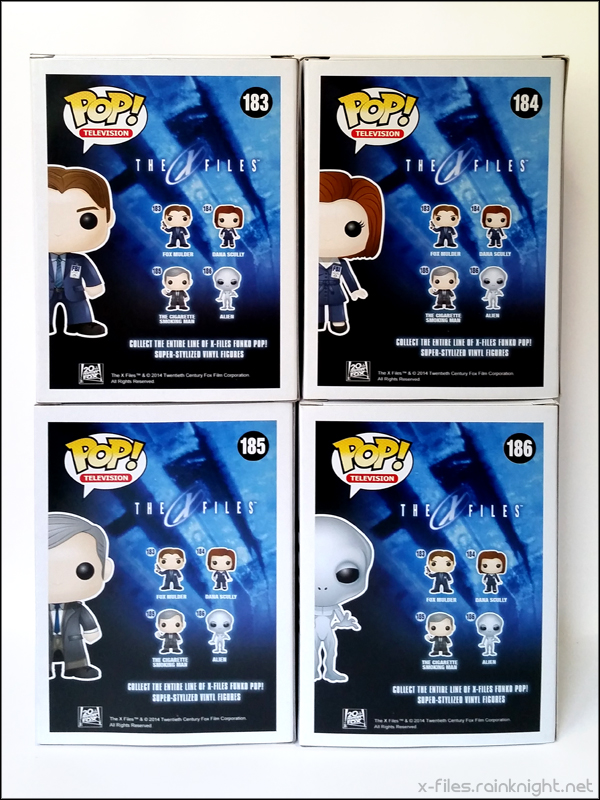 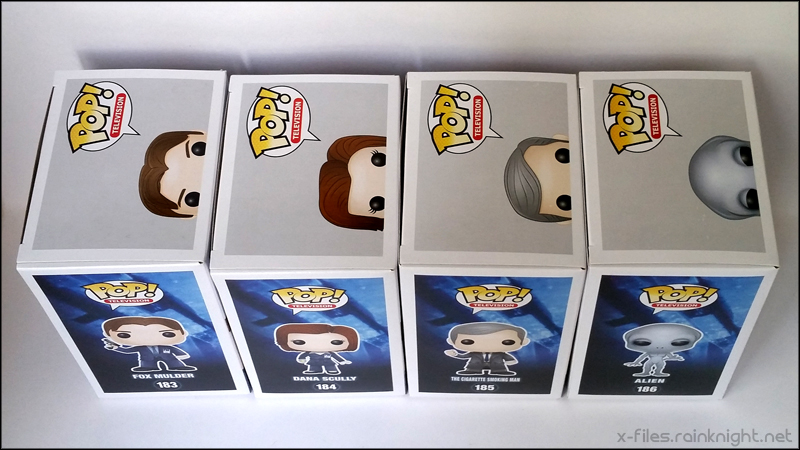 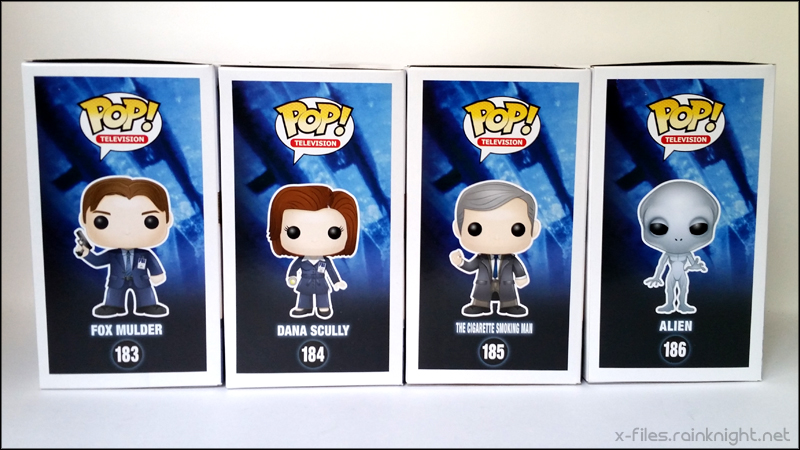 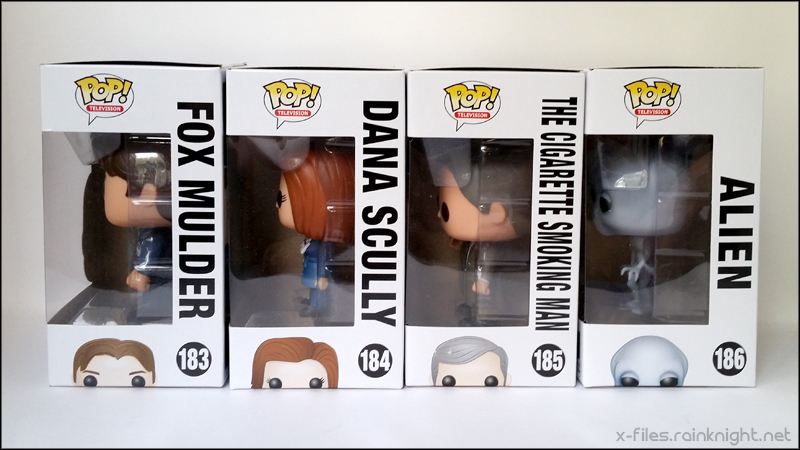 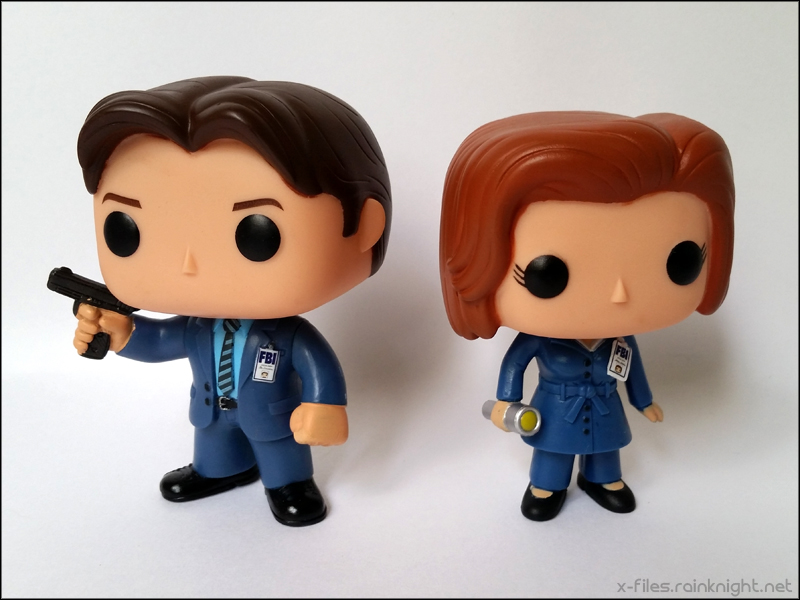 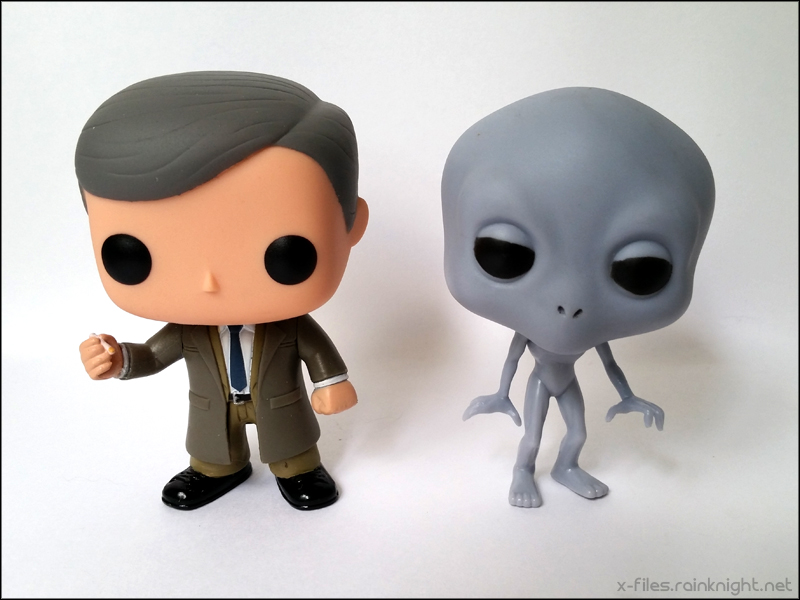 The X-Files somehow seemed to just miss the resurgence in popularity of the bobblehead doll in the late 90s and early 2000s.  This has finally been rectified in 2015 thanks to Funko and their Wacky Wobbler line.  Just as with Funko’s X-Files entry into their Pop! line of vinyl figures, the Wacky Wobblers were announced in the latter half of 2014 and were released in March of 2015 (about a month ahead of the Pop! figures), just as the confirmation of a 2016 X-Files limited series revival was announced to the public.

As of this posting, it’s been exactly 17 years since the first X-Files movie hit theaters, and though the timing of these new figures seems to line up more with the series revival than the original theatrical release, this depiction of Mulder and Scully definitely has a Fight the Future vibe to it.  While the movie or its subtitle aren’t mentioned explicitly, everything from the design of the characters to the promotional artwork on the box to the style of the logo make for bobbleheads that would have felt right at home beside the McFarlane action figures back in 1998. 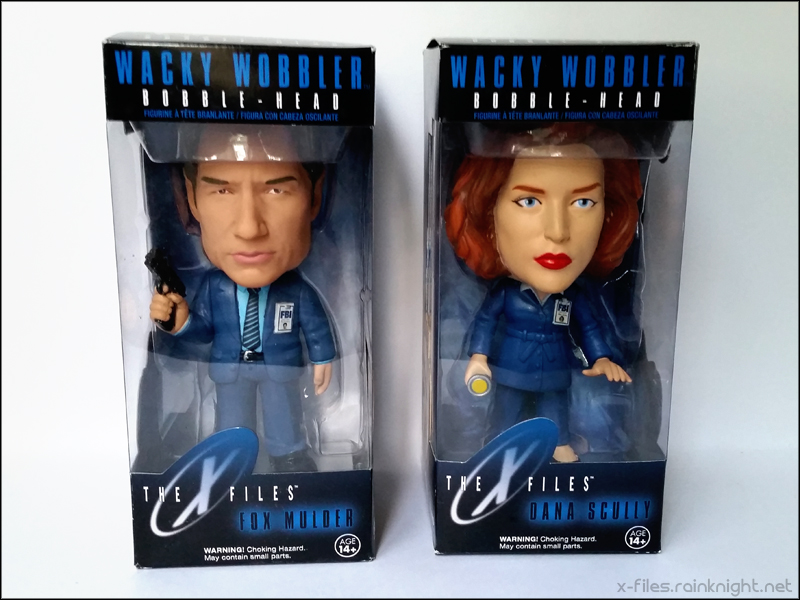 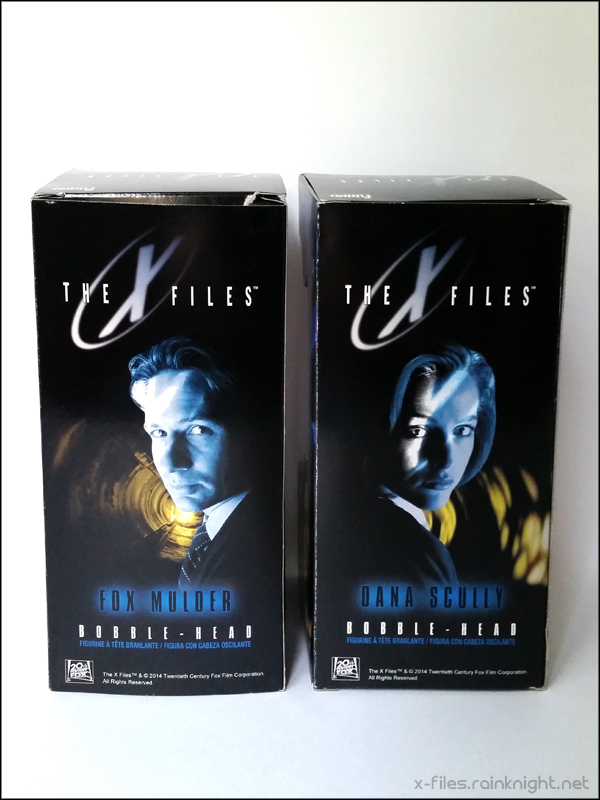 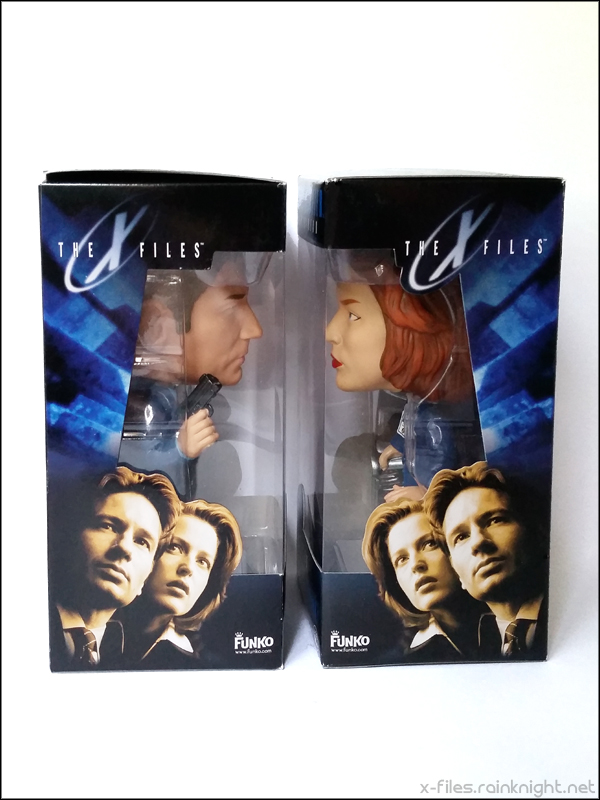 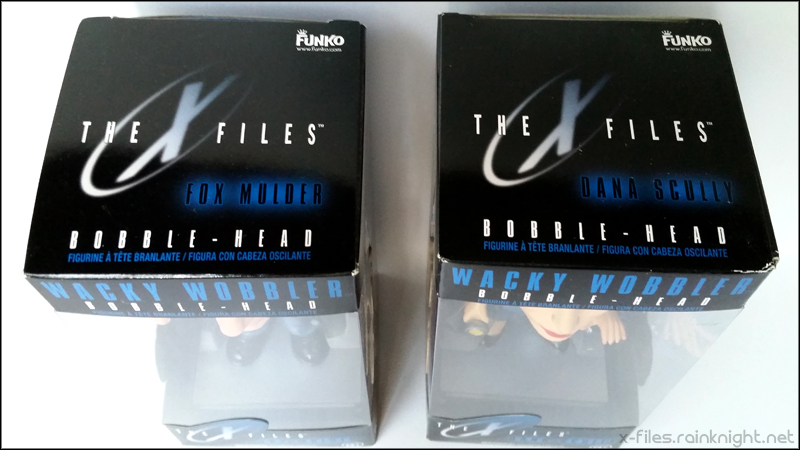 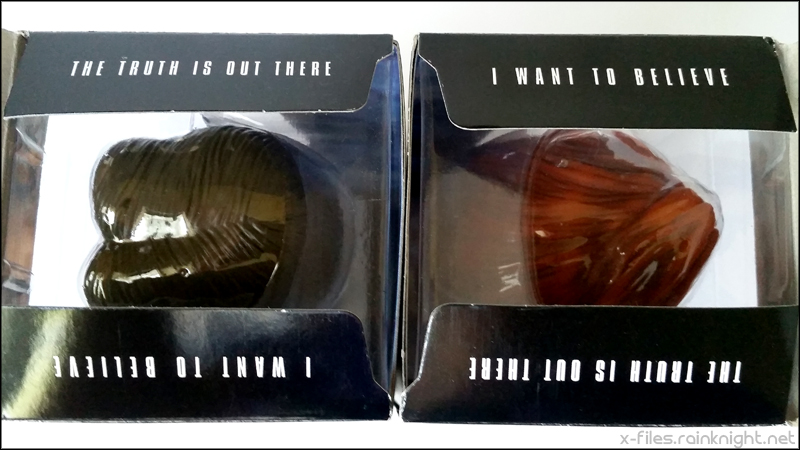 Nice little surprise when you lift up the top flap.
As bobbleheads tend to go, their realistic, well-sculpted heads clash horribly with their tiny, cartoonish bodies, making them somehow both cute and creepy.  Despite that, though, the likenesses are pretty spot-on and instantly recognizable. 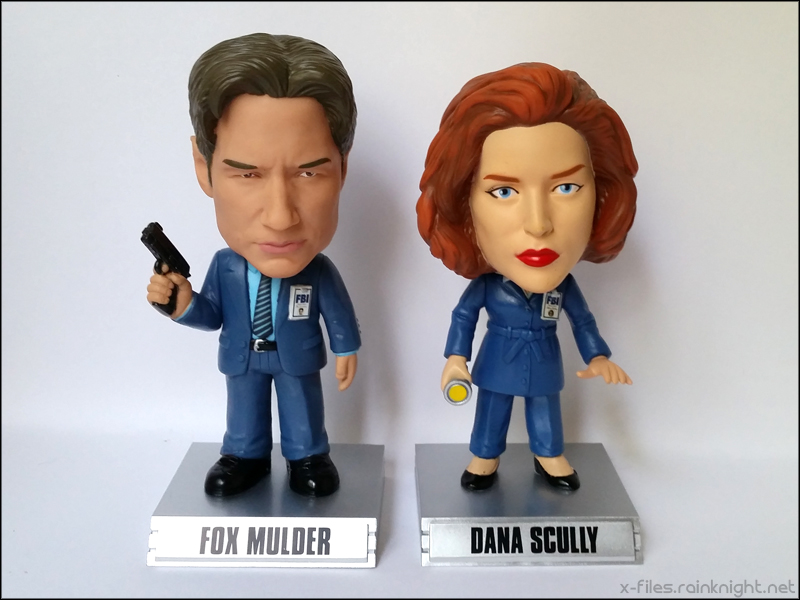 And just in case you’ve been living under a rock for the past 20 years or so (or don’t want to get your Fox Mulder bobblehead mixed up with your Hank Moody bobblehead), their names are spelled out on their pretty silver bases for good measure. 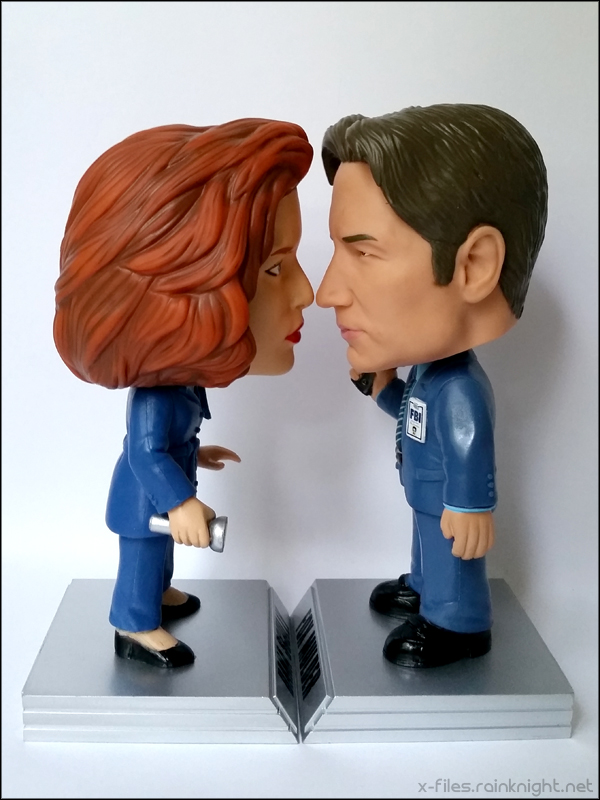 Back in May of 1998, McFarlane Toys released a set of Fight the Future action figures in anticipation of the upcoming X-Files movie. The figures featured a couple of different versions of Mulder and Scully along with the more viscous version of the aliens introduced by the movie (spoilers, guys!) and a few of the aliens’ victims. These 6-inch figures were generally sold either in blister packs of two characters (usually either Mulder or Scully with an alien or victim), or one character and a larger accessory, though there was also a boxed set that featured Mulder, Scully, and the Attack Alien. In the US, the figures were sold in toy or specialty stores, such as Toys R’ Us, Suncoast, and Sam Goody.  There are a couple of different packaging variants and character configurations. 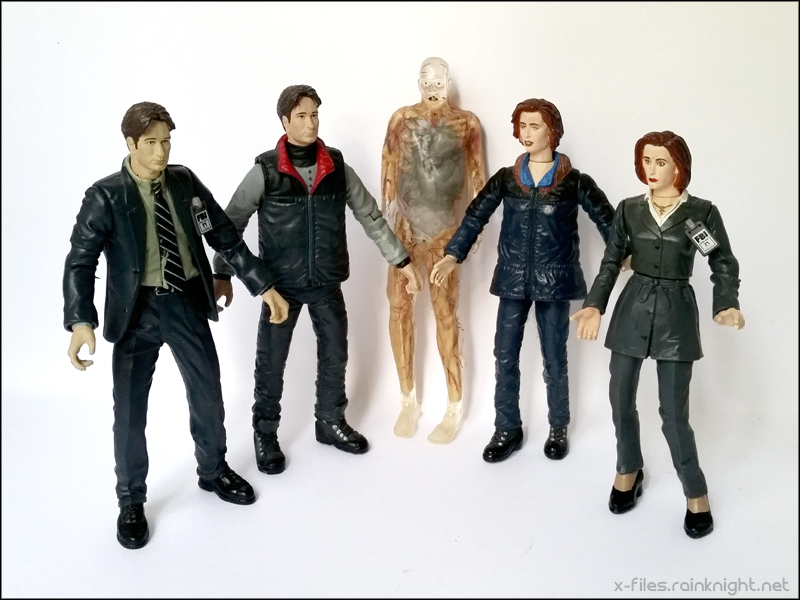 The figures feature some minor articulation in the arms and neck but are otherwise fairly stiff.  The victims were created with a translucent rubbery material that is flexible and reminiscent of the bodies in the movie, though those figures feature no true articulation (but they’re dead, so I guess that’s fine).  Antarctica Scully is wearing boots that match Mulder’s, though I don’t think she ever actually had any in the movie, since she was pretty much just dressed in Mulder’s outer layer of clothes.

There are a couple of packaging variants.  Some are labeled as “Series One,” though I’m not sure if all of the characters were part of it or if some were released later, since they all seemed to be release around the same time.  The same characters can also be found without the “Series One” label.  Not sure if this was due to regional differences or if another series was originally planned and then never produced.  The back of the “Series One” packaging featured dramatically lit photographs of the standard Mulder and Scully figures with character profiles and some promotional text from the teaser (similar to what was used in the movie trailer).  The variant packaging (with one rounded corner) features the other figures with short descriptions and also advertises the movie’s soundtracks and the X-Files Fan Club at the bottom.

This one is also from back in 2004 and was actually drawn a little before the last picture I posted.  I had a harder time with this one.  The drawing itself isn’t quite as strong (though I like how Scully’s hair came out), but I did have a lot of fun playing with the text in the background.  I think I was going through some kind of sketchy pencil phase here. 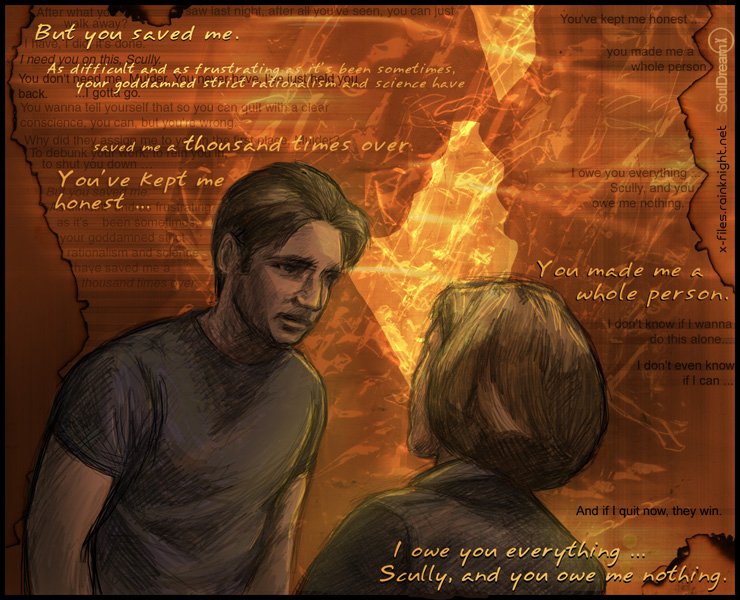 I want to eventually post a lot of my older art to this current blog, and I figured I’d start off with one of my personal favorite drawings from Fight the Future.  The original drawing was done back in 2004. 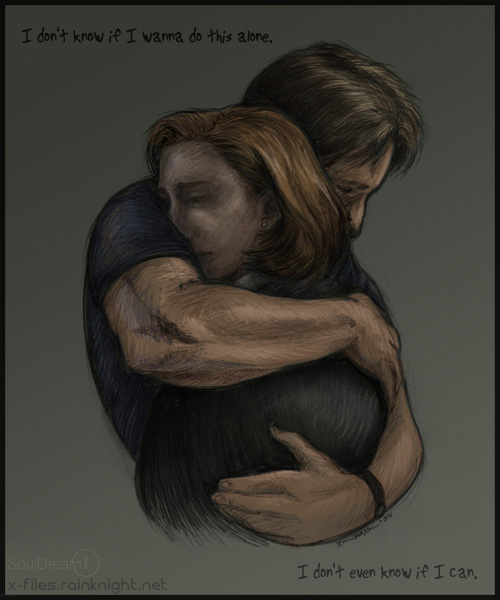