Or how attitudes toward sex have changed over the past 20 years.

The case, according to the FBI:  A series of unusual deaths following sexual contact.  Mulder requested to be informed of this one based on past cases he had been following.

Mulder’s Theory:  Human pheromones, somehow linked to The Kindred based on the presence of a unique type of clay that they mine.

What’s actually going on:  The Kindred are shapeshifters who kinda poison you when they come into sexual contact with a human (possibly alien-related due to the crop circle thingy at the end, but it does’t really go into more than that).

Did Mulder and Scully solve the case?  Probably not in a way that would satisfy the FBI.  They figured out what was going on and may have stopped it in the short term, but the suspect was never actually caught.

Scully:  Brother Andrew tried to seduce (and by extension, kill?) Scully, but Mulder broke in just in time to stop him before she could “do the wild thing with some stranger.”

Scully and Mulder:  When attempting to apprehend the suspect, both Mulder and Scully temporarily get knocked down, but eventually regain their composure and get back to the chase.  An ambulance does come to patch them up after the suspect gets away.

– Mulder, don’t touch that.  Why are you touching that?  For the love of god, please don’t put it in your mouth. 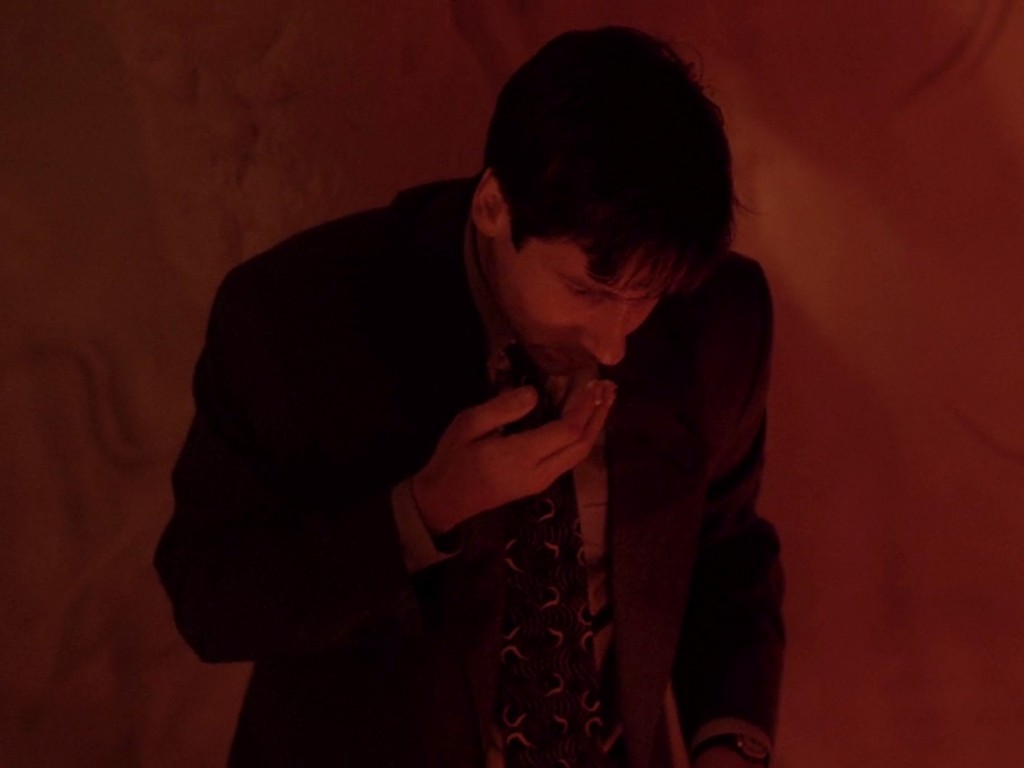 Mulder’s Slideshow:  We have a Mulder slideshow in the office!

Sunflower Seeds:  When Mulder and Scully are supposed to be walking back to their car through the woods, Mulder is casually munching on some sunflower seeds while they talk.  I guess they never really did get to eat dinner. 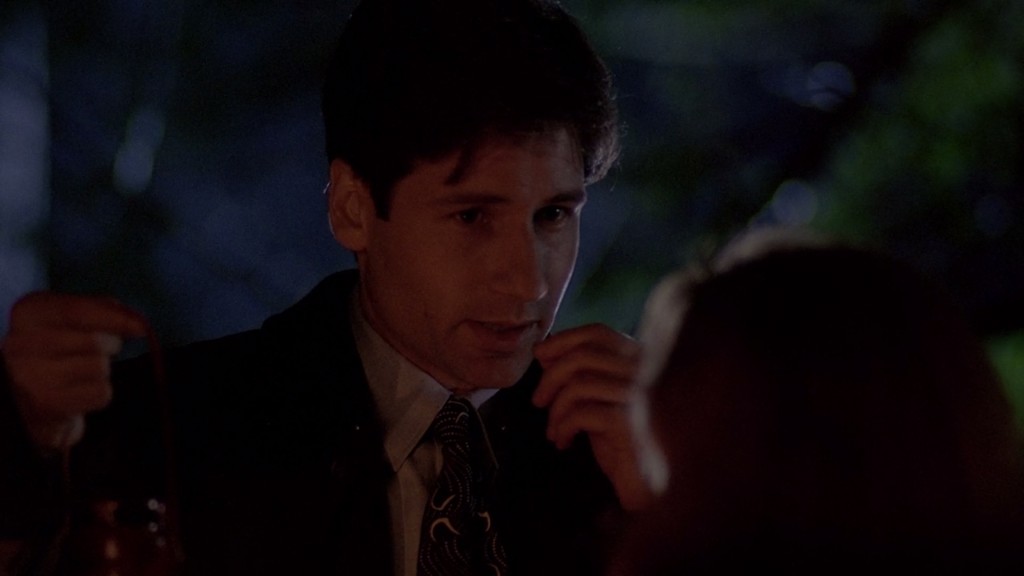 The Many Faces of Alex Krycek:  Okay, not Krycek, but of course this is Nick Lea’s first X-Files role, playing a victim named Michael.  Let us all just enjoy some screenshots of a young Nick Lea. 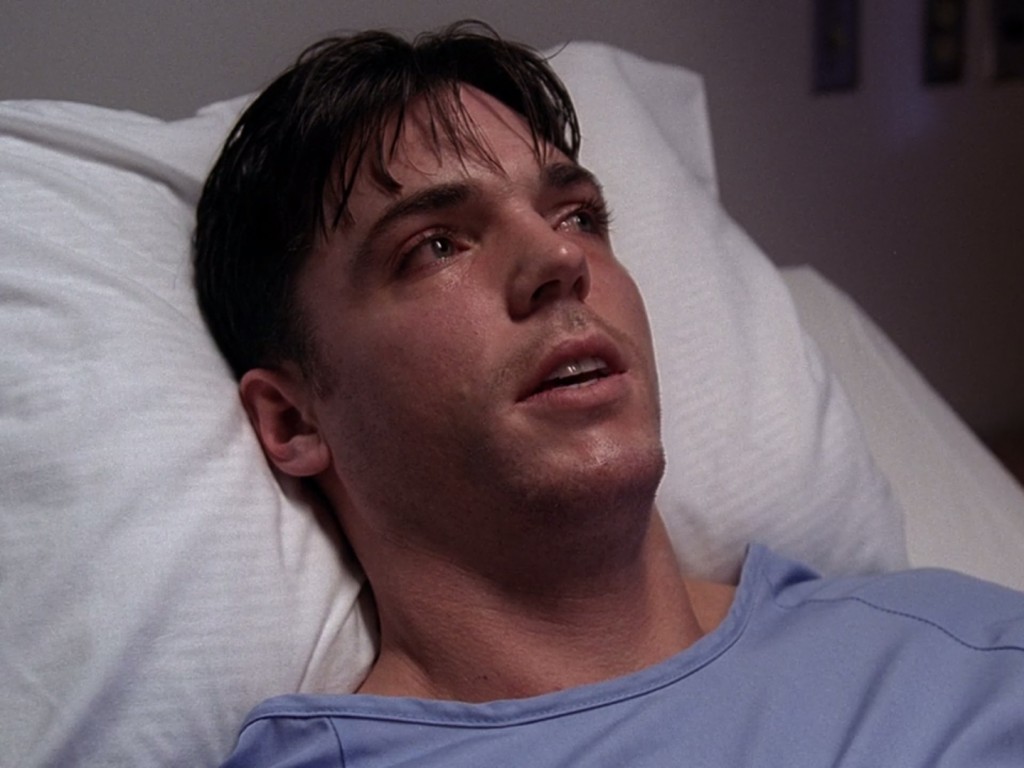