In which we have a religious case without much focus on Scully’s faith and casual MOTW Samantha sightings.

The case, according to the FBI:  Local authorities suspect that a religious group is running a scam.  A boy known for healing the sick is now thought to be killing those he’d supposedly healed.

Mulder’s Theory:  Samuel can repair electromagnetic energy to heal or destroy it to kill.

What’s actually going on:  Leonard was poisoning people to frame Samuel as revenge for bringing him back to life to live with his disfiguring scars.

Did Mulder and Scully solve the case?  Yes, they caught the killer (Leonard).  Though Samuel’s body is now missing from the morgue…

None, really.  Mulder was seeing weird visions of Samantha, but neither agent was ever in any real danger.

– Scully mentions that she was raised Catholic and has familiarity with scripture, although aside from being pretty firm in her belief in God, she remains pretty skeptical about the claims of religious healing and whatnot.

Sunflower Seeds:  Mulder is munching on sunflower seeds as he watches the video of the preacher with Scully in their office at the beginning of the office. 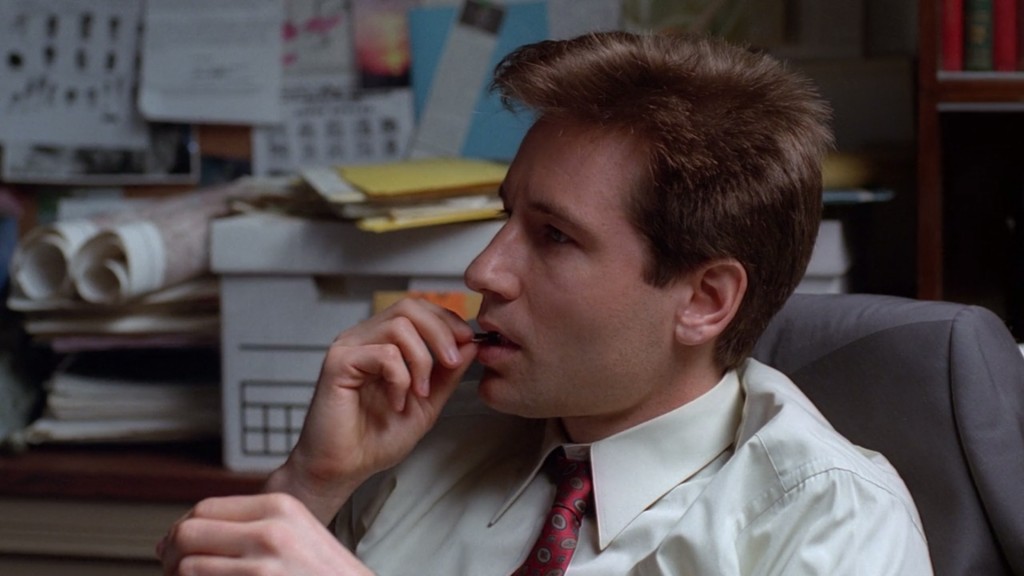 Hotel Stay:  Mulder and Scully discuss locusts together in a hotel room.  They’re also seen in their individual rooms toward the end of the episode as we see that Mulder is carrying around a photo of Samantha and Scully is typing up her case report. 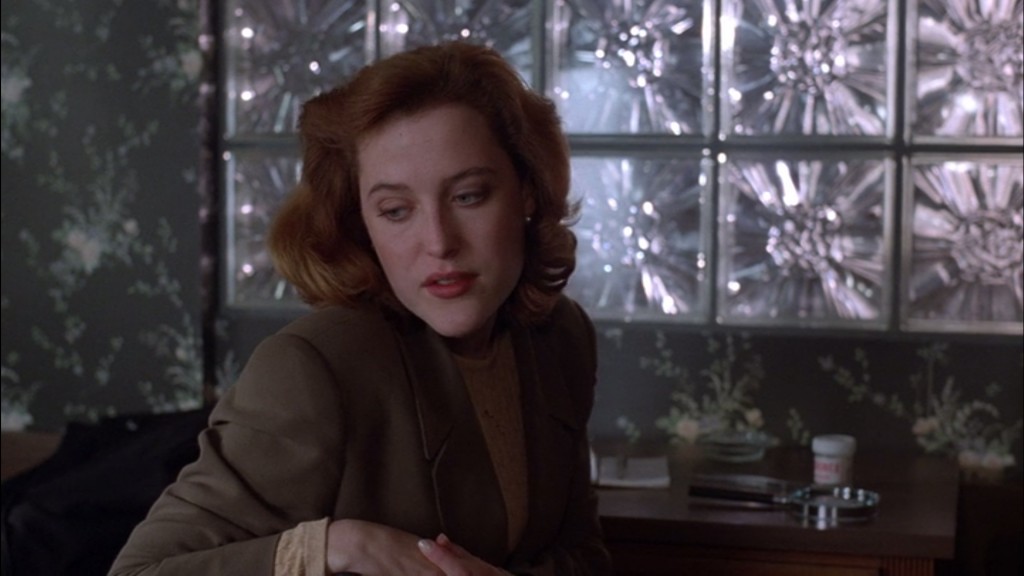 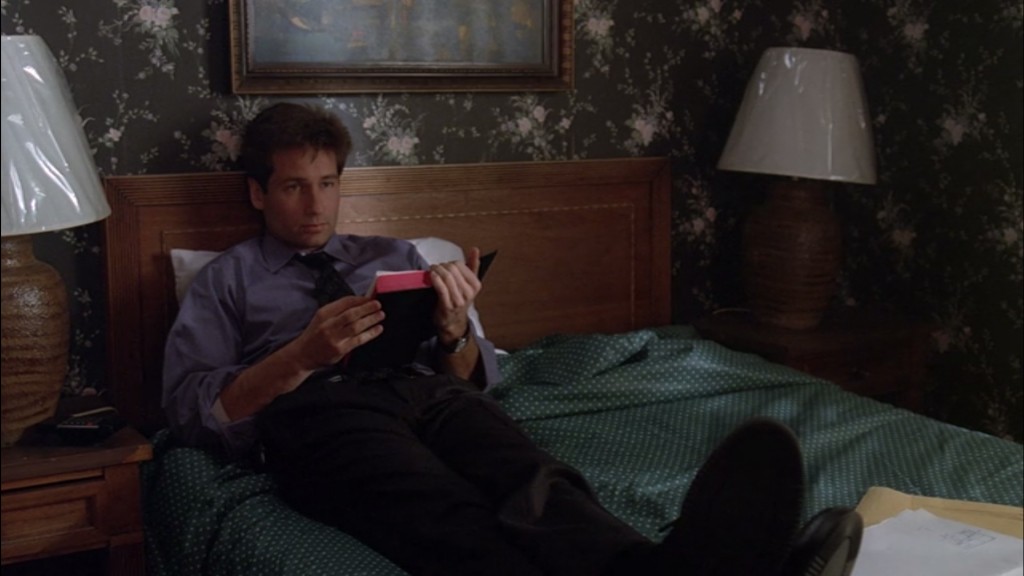 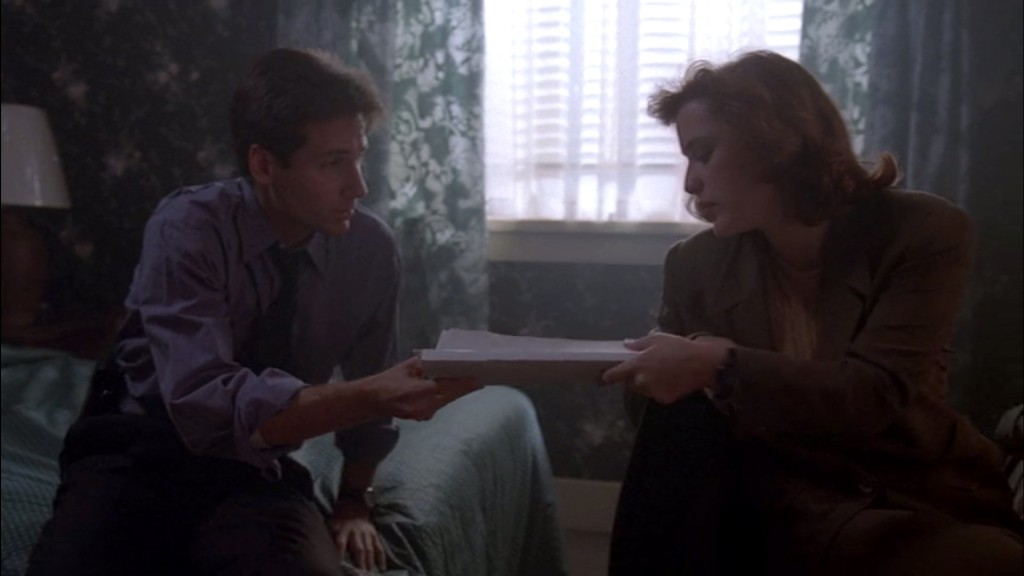 Samantha Mulder:  Samuel mentions that he can see Mulder’s pain regarding Samantha’s abduction.  Mulder sees a young girl who we can assume is supposed to be Samantha, though no one else can see her.