On the night of May, 3, 2018 (a.k.a. the night before I ended up in the ER after trying to cut up an X-Files action figure), I decided it was finally time to do a nice rewatch of Fight the Future. But how should I watch it?  There are so many options…  Theatrical version, extended cut, 1998 commentary, 2008 commentary, Blu-ray, DVD, VHS…  Or, how about watch it while reading along with the script?

I remember being an X-Files obsessed teenager back in 1998, obsessively looking for movie tidbits online before the film’s release, attending the X-File Expo in Washington DC, and hearing rumors of that infamous script printed on red paper to prevent photocopying and leaking spoilers. Then after the movie came out, a collector’s edition VHS box set was released that included the widescreen version of the movie (the full screen VHS was more common back then), a “making of” video, a “making of” book with lots of nice production photos, mini movie posters, a little strip of actual film cels, and a copy of the script, faithfully reproduced on that blinding red paper.  I remember staring at this box set longingly in Suncoast Video as I roamed the mall in my high school years, too broke to actually buy it.  It wasn’t until many years, a job, and an eBay account later that I finally got my hands on that box set, and even though the VHS tapes may now be obsolete, the extras are still as nice as ever.

So, I pulled out the script and flipped through it, immediately feeling sorry for the cast and crew who needed to subject their eyes to that beautiful visual nightmare for months on end while shooting that movie.  I knew there was a copy of the script online in normal, readable text, but I was going to do this the old fashioned way and read along on paper, snapping photos on my phone when coming across any interesting little tidbits to share. As it turns out, not only is black-on red tough to photocopy, it’s also kind of a pain to photograph on a smartphone in low light, heh.

But anyway, here are those tweets so that you may share in this journey with me.  🙂 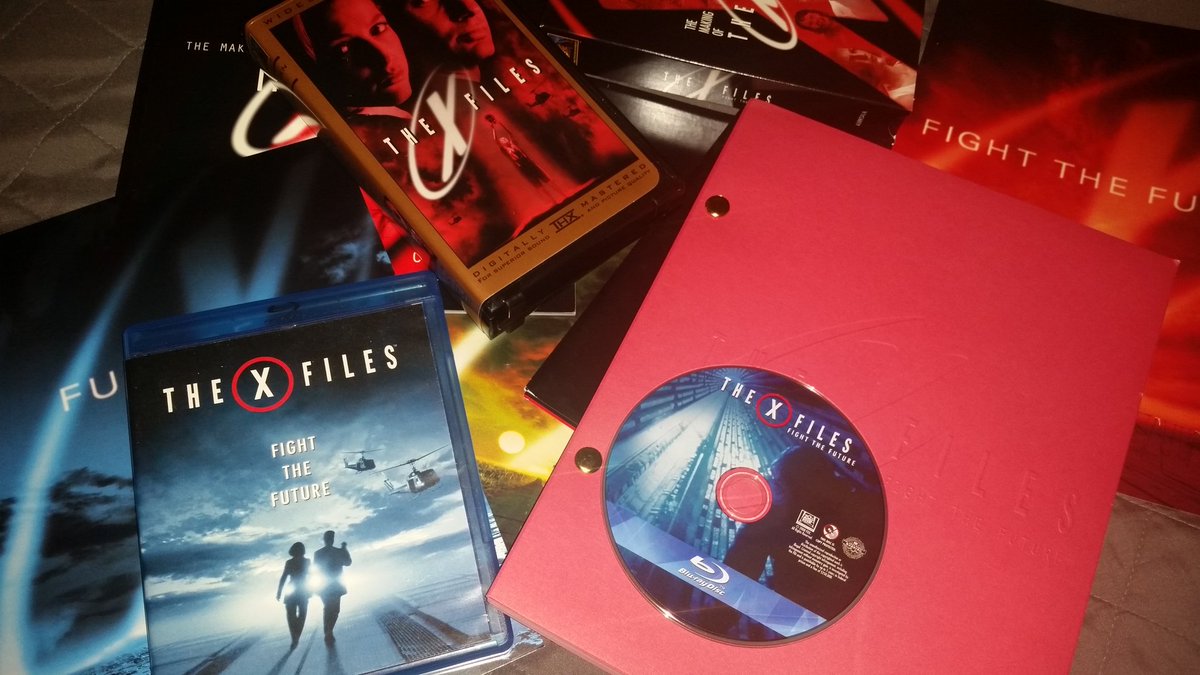 And that concludes our script watch of Fight the Future!